The Signs of Change

admin Posted on July 15, 2020 Posted in Journal of the MoonWitch, Navigating a Stressful World, Signs in Everyday Life No Comments Tagged with change, death and dying

The week following the passing of my client was busy and strange. I thought I would have bounced back faster than I did from nearly four years of full-time work, much of it fraught with long periods of stress. As it turned out, it took me two weeks to come down from the experience enough I could feel the changes in my feet and shoulders for the better.

My husband and I were invited during this week to my client’s memorial. The day of the memorial, I found a dead bird on our front porch. This happened a couple of times at our old house and then it was never a good sign. Concerned, I looked it up and was relieved to see that it mostly means “change”, but whether that be for good or bad was a flexible variable not set in stone. Here is what it says,

“A dead bird does not necessarily mean disappointment or misfortune through loss while it most likely always means the end of something – and the beginning of something. Perhaps you have reached the close or end of some term and it’s time for you to prepare for another.” – RichardAlois.com

While one might argue that this is screamingly obvious (and, of course, it is!), I have been taught to be open to what the universe is telling me and interpret its signs for meanings applying to me personally that I might have otherwise missed. Yes, there is big change occurring in my life and now the Universe was reminding me it would be to my benefit to keep that in mind as to new paths and options that will be opening up to me as a result.

The struggle to adjust to that change can be overwhelming at times. There is the physical and emotional shock of it to consider, that being the first thing that hits one when a friend, loved one or, in this case – a client, has died. While I had known since the first week in May that it was now inevitable there would be a change in his condition, it was not apparent until about two weeks before his actual passing that he would not survive to see a nursing home. And while it is true that I could have prepared better by reapplying to my caregiving agencies for the next job – or even have quit this one and taken another position, I had made a promise to him to stay until the end and see it through.

We all need our grieving or mourning time. It isn’t appropriate or emotionally healthy to rush through it, ignore it and plow ahead to the next thing, whatever that may be. Even if it is financially necessary, humans need time to adjust and adapt before moving on. We need that time to take a breather and start fresh. I was fortunate enough to have been given a small severance bonus that allowed me to take that adjustment time at my own pace, it allowing for just enough time to accept the situation and move on. The Universe was watching out for me and for that, I am very grateful. 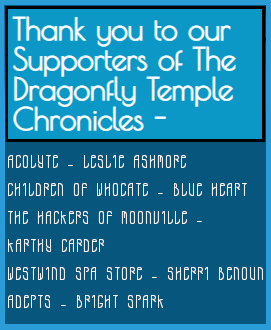