BOTANICA: The Tarot Deck That Inspires

admin Posted on May 9, 2020 Posted in A Writer's Life, Becoming the Goddess Whocate, Bringing the World of Whocate to Life, Journal of the MoonWitch, Sacred Tools No Comments Tagged with dragonfly temple chronicles 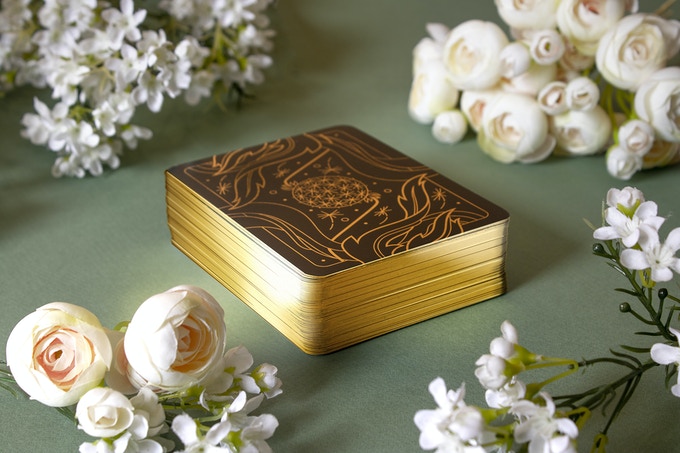 Just when I wasn’t looking to write, something fell onto my radar this week that got the wheels turning full speed. Usually I say, “This is what happens when the worlds in your head come to life.”.

This time it was a case of, “This is what happens when the outside world makes your characters come to life.”.

So I lost my mind and supported a Kickstarter campaign called, BOTANICA: A Tarot Deck about the Language of Flowers. Now, I have never been interested in tarot as a divination tool. When I was younger, it seemed too complicated with all those cards to remember and I just didn’t click with them. My usual tool is the Runes and they work very well for me.

But something made me keep going back to this link I found through Facebook…something about the beauty of the cards and my renewed interest in herbalism pulled at me. I had three days to decide if I should support it. I considered the cost of the deck that attracted me, the Dark Alchemist’s Edition. It was pricey, but it was so BEAUTIFUL!

After crunching the budget and deciding I could support the campaign at this level, I looked hard at the other reasons to do it; would it just sit around and gather dust, for example. It would be an expensive dust bunny magnet if I did, and at this stage in our financial situation, I normally couldn’t afford to make a mistake of even a hundred dollars.

Weirdly, however, the Covid-10 pandemic had given us an unexpected relief from the stranglehold of living paycheck-to-paycheck. With my husband’s church and critique groups all shuttered and operating via Zoom, it had cut our gas bill nearly in half. My chiropractor’s office was also shut down for a month. The added blessing of us both still having full-time jobs was also a miracle in this time when a third of Californians are currently unemployed.

Financial excuses out of the way, I considered the “would I use it” angle carefully. I found that, unfortunately, the odds of me using it in conjunction with or in place of the Runes I was used to, was poor.

Still undecided, but leaning towards not supporting it, I put it out of my mind. If it was meant to be, it would happen, I reasoned.

It kept nagging at me, haunting me. The shimmering image here reminded me of the glimmer of magick in )O( Luna and her Children. If this deck had featured dragonflies and was as beautiful in illustration as these cards, this decision would have been a no-brainer! But…what if I used the deck as part of a cosplay for both Serena and )O( Luna Solare?

What if I took it with me to my live eBook readings?

Then I began to wonder what the story was behind Serena having a deck of tarot cards. Here is a character, a young woman still living with her father, impressed from a very young age that magick was EVIL and to be avoided along with its tools at all costs? In the very early development of Serena, she always used water scrying for divination. Just a month or so ago I was faced with the question of how did she even start doing that, given her upbringing? As I had solved that dilemma by bringing in her lover, Loki Whoticore, who had introduced her to the magickal side of their bloodline’s heritage, I now realized it would fix this problem too.

Loki would give her the herbalist’s deck before…well…spoilers…

So the next morning, I supported the campaign. It was the final day. Then I discovered there was an Instagram livecast interview with the artist and publisher, Beehive Books. I watched it.

The attention to detail in this deck was impressive, as well as the research the artist put in to make certain the cards’ traditional meanings and imagery matched up and just plain made sense. There was a huge amount of excitement about this campaign as their original goal of $30,000 had been blown away and was then at a staggering close to half a million dollars! This seems unreal in the current worldwide atmosphere of unemployment, fear for health and massive retail shutdown. It just goes to show you that when something of such staggering beauty, made from the love of an artist, transcends fear and becomes a magickal thing all in of itself. 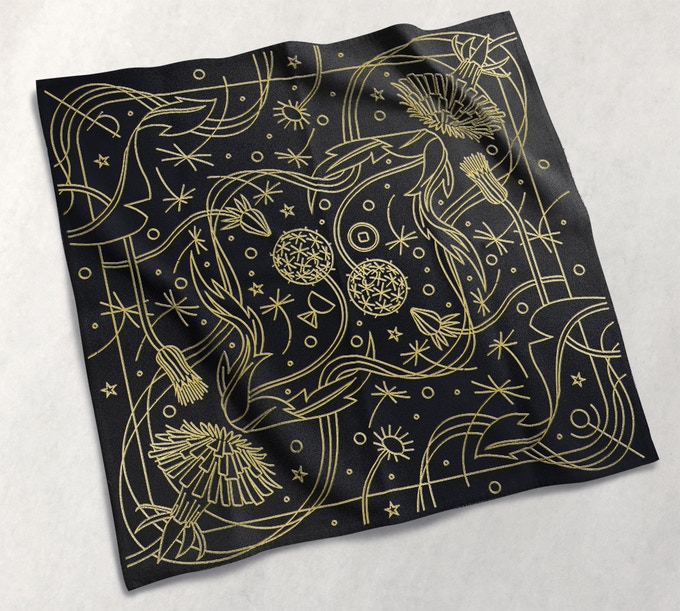 So here I am at the end of what had been an amazing campaign that brought in $731,111 from 9,627 backers. It means that they met all their stretch goals and this set has become way more than just a purchase of a deck of cards. This is what I ended up with:

But I didn’t end up with just this. I ended up with so much more.

I ended up with a story.

To be continued when the deck arrives – ETA November, 2020