The Not-So-Subtle Signs of the Universe

admin Posted on August 16, 2020 Posted in A Writer's Life, Signs in Everyday Life, The Law of Attraction No Comments Tagged with dragonfly temple chronicles

This has been happening for a long time now…so long I should have a bumper sticker on my car that says, “I’d rather be writing”.

Every time I am away from my desk – practically without fail – I desperately want to be writing, or I get ideas for my current story series or both.

And it isn’t just me that wants me there.

Back when I would take nightly walks around our apartment complex with my husband (we did that for a few years), I would see the names of my characters on cars. Not just on their cars, but on their license plates. You wouldn’t think this a big deal or unusual unless the names were themselves unusual. I mean, how many people have the name, “Tora” as a personalized plate? It just happens to be the name of an evil character in Book III of my series and as it turns out, I kept seeing this name on a car in another parking space a lot. We laughed about it, I said, “Okay Universe, I get it. I need to be writing right now.” and would go on about my business.

One day I saw that plate and TWO OTHERS with my character’s names.

At first it was spiders. Spiders are one of my totems. They are the writers of the insect world, the storytellers. Every time I saw one and told my husband, he would say, “Yep, better get back to work or they’re going to send the Godzilla of all spiders to send you a message you can’t ignore!” So, I kept doing other things – working, shopping, sleeping, everything else and cramming writing in when I could. So, the Universe sent “The Godfather” of spiders – a big one, just to make sure I got the message. I did, but still wasn’t writing as much as I longed to. Then the Universe sent the Godfather’s Wife – another one almost as big!

Sometimes they showed up near my desk, sometimes on my desk. One lives here right now – a teeny, tiny one, between the bottom of my monitor and the stand – a constant reminder to get to writing.

I write a lot more these days, so the reminders haven’t been as big. Literally.

So back to today’s reminder from the Universe.

I have been excited all week about this next section of my story I am now penning. It’s an idea I had back as far as February of this year – two months after I had conceived of the idea of the Plainsville story arc. Funny, it seems longer that this character’s been haunting me, first as a minor antagonist in a past life of one of the main characters in Book II. Now he’s taken on a life all of his own – demanding a major role that will span not one but two books. And the more I have thought about him, jotted down notes on his character and written snippets of his escapades, the more evil, sadistic and crazy he gets.

So what does he have to do with the Universe sending me reminders to get to work? Well, this weekend is going to be the mother of all heatwaves – soaring to 107 today, so I was determined to do all my errands in the morning and hide out in our air-conditioned apartment the rest of the weekend, doing as much writing as I can. Coming back from Walmart, I saw this car: 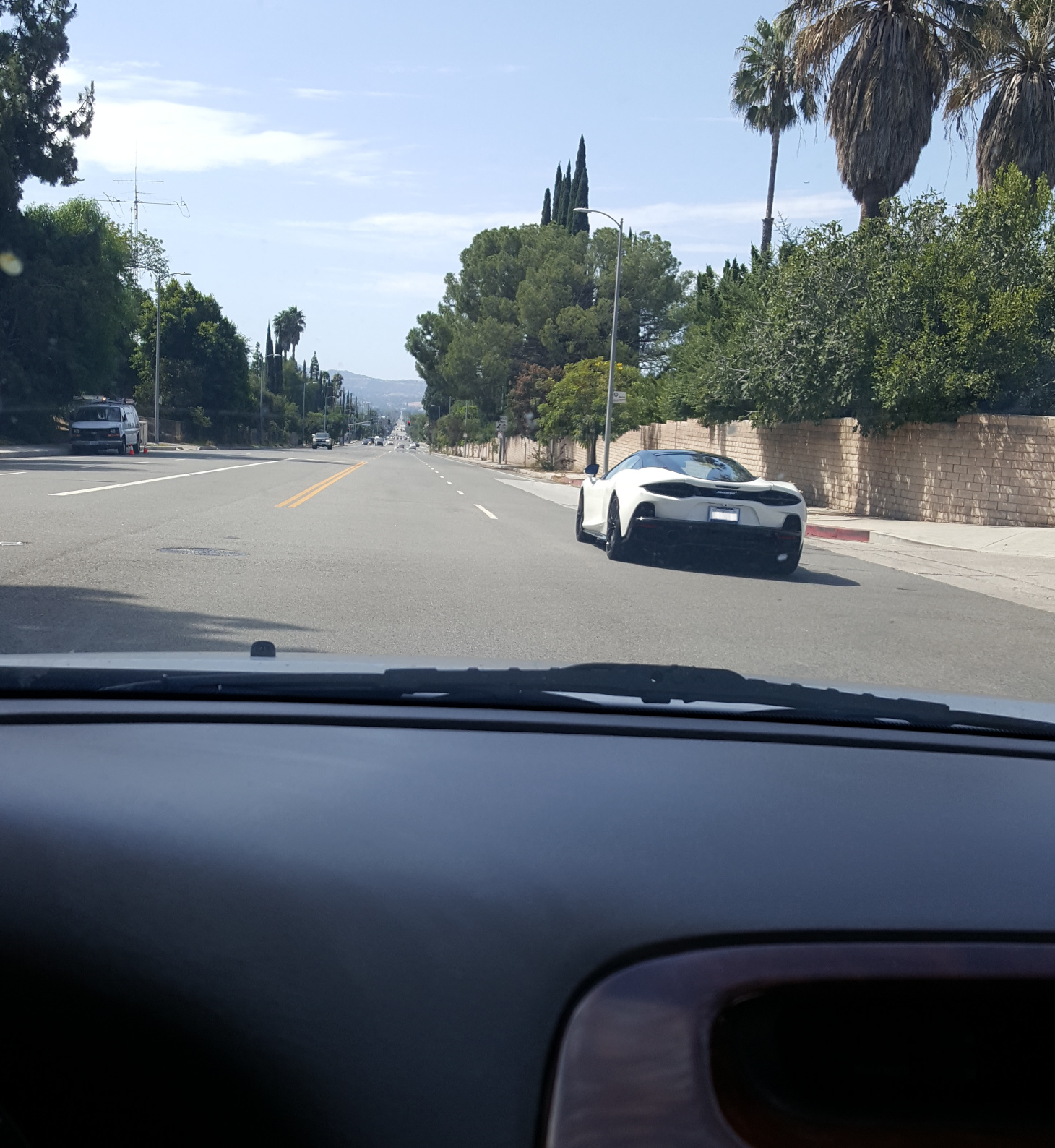 I know you can’t see the name of the car, but I caught it. It’s one of those super-expensive, $300,000 cars that seriously has no business being around the neighborhood I was driving in, but there it was, on my way home.

The name of my character is “Spooky” McLaren.

Yup, okay, Universe, I get it.

Get back to work!

“I’d rather be writing” bumper sticker available on Etsy here.